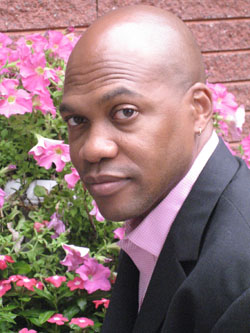 Africana Studies, Women’s, Gender and Sexuality Studies, and the ’62 Center are pleased to welcome E. Patrick Johnson, Carlos Montezuma Professor of Performance Studies and African-American Studies at Northwestern University. Williams will give a staged reading, Pouring Tea: Black Gay Men of the South Tell Their Tales, on Tuesday March 19, at 5:00 pm and 8:00 pm, in the directing studio, G83 of the ’62 Center.

This performance is based on the oral histories collected in Johnson’s book, Sweet Tea: Black Gay Men of the South–An Oral History, published by the University of North Carolina Press. The oral histories are from black gay men who were born, raised and continue to live in the South, ranging in age from 19 to 93. This performance covers the following topics: coming of age in the South, religion, sex, transgenderism, love stories and coming out. Johnson embodies these and others’ stories in the show, which has toured to over 80 college campuses from 2006 to the present.

Johnson has written two award-winning books, Appropriating Blackness: Performance and the Politics of Authenticity (Duke UP, 2003), which won the Lilla A. Heston Award, the Errol Hill Book Award and was a finalist for the Hurston/Wright Legacy Award, and Sweet Tea: Black Gay Men of the South—An Oral History (University of North Carolina UP, 2008), which was recognized as a Stonewall Book Award Honor Book by the LGBT Round Table of the American Library Association. He co-edited Black Queer Studies—A Critical Anthology (Duke UP, 2005).

He is currently co-editing two anthologies with Ramon Rivera-Servera—one on black and Latina/o queer performance work, Blaktino Queer Performance, and the other on black solo women performers, solo/black/woman. His essays have appeared in Text and Performance Quarterly, Callaloo, Theater Journal and the Journal of Homosexuality, among others. 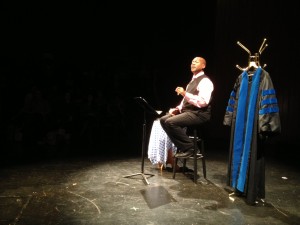 Johnson’s has toured his one-man show, Strange Fruit, an autobiographical mediation on race, gender, class and region to over 30 college campuses from 1998 – 2003. In 2009, he translated the staged reading of Pouring Tea into a full-length stage play, Sweet Tea—The Play, which was co-produced by About Face Theater and the Ellen Stone Belic Institute for the Study of Women and Gender in the Arts and Media at Columbia College, Chicago. The play had its world premiere in April 2010 and had a month run to rave reviews. He won a Black Theatre Alliance Award for Best Solo Performance for the show. In Fall 2011, the show had a 4-week run at Signature Theatre in Arlington, Virginia.