Stew and the Negro Problem Come to Williams College! 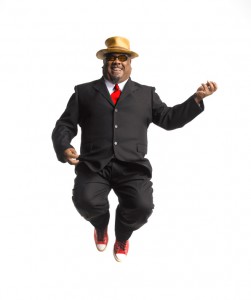 Stew, a Los Angeles-bred musician, launched the Negro Problem in the early ’90s. The performance group received mainstream attention for its production Passing Strange, which won a 2008 Tony Award for “Best Book of a Musical.” Stew and his collaborator Heidi Rodewald aim to challenge racial preconceptions through their music. They lead two critically acclaimed bands: the Afro-Baroque band The Negro Problem and the multi-disciplinary ensemble Stew.

Stew is a two-time Obie winner and four-time Tony nominee. He is also well-known as the composer of “Gary Come Home” from SpongeBob Squarepants. Rodewald has spent more than a decade as a performer, arranger, and producer. She also wrote and performed with the female punk band Wednesday Week.

The event is sponsored by Africana Studies, American Studies, and the Lecture Committee.

For building locations on the Williams campus, please consult the map outside the driveway entrance to the Security Office located in Hopkins Hall on Main Street (Rte. 2), next to the Thompson Memorial Chapel, or call the Office of Communications (413) 597-4277. The map can also be found on the web at www.williams.edu/map

Please visit the Covid-19 website for the latest information, including details about vaccination, testing and mask requirements, and policies for off-campus visitors.