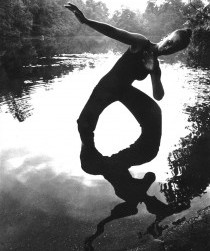 Lipp Family Director of Dance and Senior Lecturer in Dance

Dancing in the Streets (Strange Fruit)

Dancing in the Streets (The Message)

Modern Folklore: Postcolonial Dance and Music in Africa (not offered 2022/23)

Sandra L. Burton is a dancer, choreographer, educator, and arts presenter. She joined the Williams faculty in 1983 and was named Lipp Family Director of Dance in 2004. She is currently Chair of Williams College’s new Dance Department. Her study, research, and travel focus on traditional and contemporary forms from Africa and the Diaspora. Burton is also an Artistic Director of Kusika and serves as an advisor to Sankofa. She has an MFA in dance and choreography from Bennington College.

Burton’s choreography for theater includes, in addition to five seasons at the Williamstown Theater Festival, work performed at the PlayMakers Repertory Theater (Salome), the Goodman Theater (Joe Turner Come and Gone), the Henry Street Settlement (Duet), and several seasons with the Williams College Theater Department. She is the choreographer for composer Craig Harris’s productions of Gods Trombones and visual artist Carrie Mae Weem's film Coming Up for Air.

Sandra Burton was a member of the Chuck Davis Dance Company, touring nationally, for eleven years and has been selected by the National Endowment for the Arts as a dancer/educator for the Artist in Education program for several years. Her dance choreography has been performed at the Dance Theater Workshop, the Judson Memorial Church, Theater 4/Negro Ensemble Company, Jacob’s Pillow Dance Festival, Massachusetts Museum of Contemporary Art, and venues in Nicaragua, Brazil, and the Republic of Trinidad and Tobago. She was appointed to the Commonwealth of Massachusetts Department of Education’s Arts Curriculum Framework Committee from 1993-96 and serves on the Board of the New England Foundation for the Arts. She also has served on the board of Jacob’s Pillow and is a Trustee Emeritus of the Massachusetts Museum of Contemporary Art.

In 2000, she co-founded an annual conference held at Williams College, entitled Stalwart Originality: New Traditions in Black Performance. Stalwart Originality brings artists and scholars to campus to perform and discuss dance, film, music, spoken word, and theater from Africa and the Diaspora. For 2009-2010, the theme of Stalwart is "New Meanings: Afro-Descendant Percussion Music"; the residency will be held on February 11th and 12th, 2010.