Sevonna Brown ’15; Ahmad Greene-Hayes ’16; and Aishah Simmons, 2015–2016 Sterling Brown Visiting Professor of Africana Studies, have been honored by The Just Beginnings Collaborative with a two-year individual or organizational fellowship, in support of their work to end child sexual abuse.

The Just Beginnings Collaborative grew out of a partnership between the NoVo Foundation and the Ms. Foundation for Women. The partnership helped to establish a national network of leaders and organizations working to end child sexual abuse. Funded by the NoVo Foundation, The Just Beginnings Collaborative launched in 2015 as an independent project designed to achieve a new level of visibility and impact.

Please follow the links to read more about these extraordinary individuals and their work.

“We envision a world where women and girls of African descent are fully empowered and gender, race and other disparities are erased. We work to place Black women and girls’ lives, as well as their particular struggles, squarely within the context of racial justice and are committed to building movements where gender matters.”

Sevonna Brown ’15 is the Human Rights Project Manager at Black Women’s Blueprint. Founded in 2008, Black Women’s Blueprint is a national human rights and civil rights membership organization of women and men. Its purpose is to take action to bring Black women into full and equal social, economic and political participation in the mainstream of American society now. 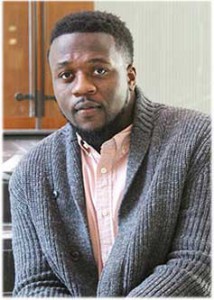 “I am a minister, a freedom fighter, and a survivor-activist who has worked to end all forms of violence, especially racial-sexual violence, against Black people. So much of our collective understanding of love is rooted in violence. Our culture conflates abuse and love—so many of us do not know how to love each other or ourselves. We have deep work to do, and I intend to bring my knowledge and experience as a preacher, scholar and community organizer to the forefront of the movement to end child sexual abuse.”

Ahmad Greene-Hayes ’16 is a writer, scholar-activist and community organizer who works at the intersection of criminal justice and sexual violence prevention. He is the outgoing Human Rights and Emerging Sons Campaign Manager at Black Women’s Blueprint, and works on the role of Black men in combating issues of rape, sexual assault, incest and domestic violence in Black communities. 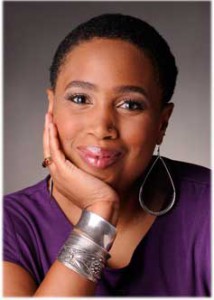 “True liberation must come from within. I am a Black feminist lesbian who is a survivor of both incest/child sexual abuse and rape. What better individuals to lead the movement to end child sexual abuse than those of us who have not only been directly impacted, but who are actively engaged in transforming that unspeakable trauma and terror into healing and liberation? Love, for me, is a verb—an action—and I consistently strive to be the embodiment of what I want to womanifest in this work.”